Hey-oo! My audiobook is FINALLY finished! Woohoo! And I got some to give away. All I ask is that, in exchange, you leave me a review at one (or all!) of the various places to leave them--Goodreads, Audible, itunes, and/or Amazon.

I've a new blog post up at Modesty is for Suckers. I keep trying to cut and paste it in here but either LJ or my crazy-ass computer won't let me do it.

I meant to mirror posts here, and then totally forgot. It's been a nutty morning, trying to keep up with all the emails generated by my "new" blog. I will never get a handle on Twitter, that's for damn sure. Anyway--mirroring that post here:
Why Romance?

I am a diehard fantasy fan. I read it. I write it. I watch it. I decorate my house with it. I tattoo it on my skin. My three published novels are fantasy, and I’ve another in the process. I also work as a fantasy editor with Hadley Rille Books. And yet the novel I just wrote and sold is romance (Seeking Carolina, Kensington/Lyrical. October 2015.) The one I am working on now is as well. The publisher releasing these books is best known as a publisher of romance.

Many of those who know me as a fantasy writer have expressed this, eyebrow raised–or, at least, I imagine so. These are the people I must now question whether or not they’ve actually read any of my work, because while it is most assuredly fantasy, it is also romance.

Traditional, HEA romance? No. Seeking Carolina does not fit the parameters of a strict romance either. The story itself focuses at least as much on four sisters as the romantic element. However, the story itself is heavily driven by the romance, as is Finder, A Time Never Lived, and Beyond the Gate. Even my fairy tale, Jingle.

Life revolves around love. Romantic love. Familial love. Platonic love. Having it. Not having it. Wanting it. Avoiding it. Being hurt by it, bereft of it, in it. Love begins in a myriad of ways, but always ends in tears. At least, for one person, even if those tears are of releif. I cannot imagine a story without love at the core. I’m not saying that love and romance must be the focus of a story, or even exist as a plotline. But it’s there. It drives our characters. I would be interested to know if anyone can come up with a story not driven by love.

So when people ask me, “So…romance?” I am going to say, “Yes, romance,” and end it there. I’ve not abandoned fantasy for a more lucrative genre. I’ve been writing fantasy for…egads, twenty years now. It’s time for a little switch-up. Maybe I’ll find some new fans, and maybe–just maybe–they’ll read some of my fantasy work and realize, “Hey, I do like fantasy!”

But that’s a story for another time.

Modesty is for Suckers is LIVE!

(I can't help being sad whenever I come in here. Truly sad.)

I have an actual website sort of thing. It's a work in progress, but I'm getting there. It's modestyisforsuckers.com :) Of course.

Will it replace LJ?? I'm really not sure. Try as I do to keep this blog going, I find it slipping away, and that makes me really, really sad. I suppose things happen, life changes, and new normals replace the old. We'll see what happens.

The contract is signed, and all is a go--now I can announce that Kensington Publishing will be publishing Seeking Carolina--my first step out into romantic women's fiction--under their Lyrical Imprint, for an October 2015 release. I. Am. Over. The. Moon.

This is a huge step for me. Out of my comfort zone on so many levels. Into a big press. Into romanctic women's fiction. Into the romance world were the fans are as ravenous as they are devoted. I adore the women I'm working with: the fabulous Penny Barber will be my editor, and already I feel as if I've known her forever; and Renee Rocco, who I have had some conversation with--editor to editor--who is also ridiculously fun and down-to-earth. She sold her small press to Kensington in January, but retains her hold on Lyrical as She-Who-Runs-The-Show. It's the perfect balance of big and small that I was hoping for. I get the family feel I have always adored with Hadley Rille Books, but I also get the power of a very large, very successful, very established press behind me, too.

I have to say, the draw of this bigger press is something I never thought would appeal--I have little to no control over any of it. My pub date. My editor. My cover. I am the author. I wrote the thing. It is my work. For this experience, I am so happy to let it rest there. No so with HRB. We are like a commune. A family of artists working together to produce the best art we can. Totally different experience. I am lucky to have both.

As far as HRB goes, it is still my heart of hearts. Eric has been able to take over many of his old duties, but I am--as ever--his right hand. I have no intention of that changing. Ever. Not by my actions, anyway. Sorry, Eric, but you are stuck with your curious-oyster-sparkle-queen. 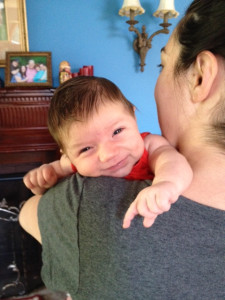 I just finished reading A Land More Kind Than Home by Wylie Cash, and in his note from the author*, he said this:

"...I wish I knew then what I know now: As a six-year-old, you're called a liar when you tell a story that you know isn't true. But if you can keep telling stories and wait just a few more years, people will eventually call you a writer. Even when they know your stories aren't true."
Wylie Cash
(A Land More Kind Than Home)

I just thought that was really faboo, so I'm sharing it with you. And this too, because my daughter is hilarious, and I am a proud mama.
Mommy Lies


*The part that came before that in his author's note--as a six-year-old, he embellished a story about the family trip to the beach, because he thought "swimming and playing in the sand" was way too boring. Instead, he told a friend his dad had buried him up to his neck and a sandcrab got hold of his big toe and nearly snapped it off before his dad dug him out.

Just when you think it's safe to go back in the water...and I'm afraid it will be this way for a while yet. Eric continues to recover. We are even starting up publishing again with Harriet Goodchild's amazing novel, After the Ruin, to be released early 2015. I had the honor of "editing" this one, and editing is in quotes because this book needed nothing of the sort. It is perfection, and though I actually did work on it with Harriet, it was a magical thing that happens only rarely.

I don't think I posted about the indiegogo campaign in here, have I? It was in the works before Eric's stroke. Hadley Rille Books got too big for its britches, but the money necessary to buy it new duds just wasn't there. We are small, and small usually means a bunch of pros working for the love of it all. That works for very small, but HRB no longer was, and we needed to expand. Eric's stroke forestalled things, and made them a little more dire, so we decided to go ahead with the campaign. Here it is. No pressure, no worries. We appreciate a boost in here, on your blog, twitter, FB, any social media you happen to frequent.
HRB indiegogo

And if you've gotten this far, you deserve a reward--how about...
FREE AUDIOBOOK--Priestess and the Slave by Jenny Blackford, in exchange for an honest review.
(Scroll to about the middle of her post for details.)

I am able to comment on some flisters, and not others.

peadarog, yours is one of them! Just wanted to say--the etymology thing brings tears to my eyes! Language and the connections between them and the HISTORY of words--truly, makes me weep joy.
Collapse